So there I am lying in bed, awake, at 6:00am. It’s cool and windy outside. The bed is warm, soft and quiet. The dulcet tones of the Radio 4 news reader, piped into my left ear, are gently nudging me back to sleep.

Two texts are simultaneously forming in my drowsy mind.

“It’s not gonna happen. Have a good one.”

It’s what I now think of as an FBC – a Fast Bloke Choice. Do I stretch out a bit, nuzzle a bit, doze a lot, and tell TB I’ll speak to him later.

Or do I pull on some lycra, brace myself against the cold and give my legs a proper work out.

For me it can often be a tough decision. Beds are dangerous places for people like me. Just 10 minutes too long spent deliberating whether to leave a bed can completely destroy even the most well thought out training plan.

In this case it went the right way. I dragged myself out of the warm bed and forced myself out into the windy morning. And now my legs are shot, reeling from 100K of rolling Hertfordshire hills and long, fast straights. I’m in pain, but it’s a good pain.

The ride itself was the Herts Easter Hunt. Well organised and reasonably well attended, it was quite a pleasant ride through some familiar Hertfordshire territory. The route took us through many of the places we plug through most weeks on our regular training rides. Even so, the well placed signage, using a highly visible pink background, took us into parts of the county we have never seen before, which was interesting. And regular redundant straight-on indicators made sure I never once felt lost. The feed stations were well provisioned and nicely spaced, at 20 miles, 40 miles and again at 50 miles. Nice. Good cakes, gels and flap jacks. And Jaffa cakes. A special thank you to the event organisers for that.

Having just returned from a short trip abroad supporting the smallest person on her football tour, I was less than fighting fit. To make up for the travel induced lethargy, I was hoping to steal some speed from the draft of at least a few of the bunch of fast moving packs we usually see on these organised rides.

That plan started out well. We picked up a decent pack at the start and managed to tag along at a cracking pace for almost 20K. 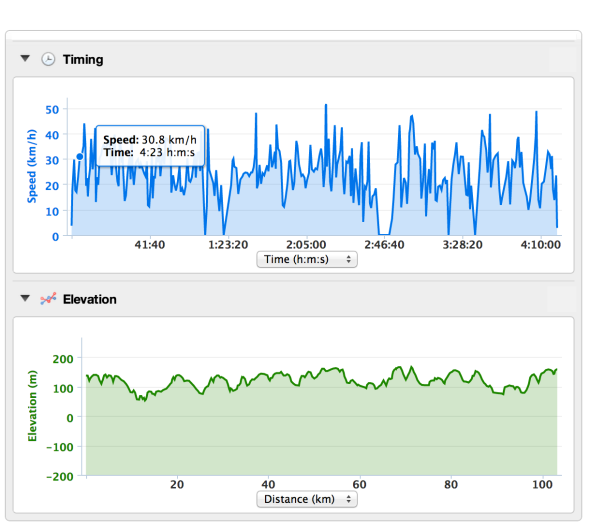 Once we hit the first set of rolling hills I lost them, of course. Whilst the sudden up turn in the angle of the tarmac seemed to have no impact on their pace, gravity kicked in for me and all I could do was watch them disappear into the distance.

I sat back and waited for the next pack to come by. Except they never came. I am pretty sure it was not because I was moving too fast. It was more likely because there were none. I suspect it was partly because I was on the medium route – the faster riders would have peeled off onto the long route – and partly because the ride was not attended by the usual clutch of big, fast moving packs that tend to fill the rosters on these organised Sportives.

With only 1,000m or so of climb, it was hardly taxing for a serious rider in search of a tough challenge. There were no major climbs and a large number of long, fast straights over basically flat ground. That could well be because we were on the medium route of course. Enjoyable, fast and full of great landscapes as it was, it was definitely worth doing. But, this route certainly is not comparable in difficulty to something like the KK or the Puncheur. That could be why the large packs were few and far between.

That’s not to say there were no serious riders. There were plenty of those, just tending to ride in smaller groups. We chatted through some of the rolling straights with a few of them, including some who will be in Wales for the Dragon Ride. That kind of social thing is one aspect of these rides I really like, and something that makes them well worth doing.

For most of the ride TB and I stuck together. We had lost YB very early on. He’s a coiled spring so I had very little expectation of being able to ride with him and he was doing the 100 miler anyway.

As the miles rolled on it became harder for TB to keep my pace. Riding with a slower rider is difficult. Most riders have a natural rhythm and when there is no pack keeping the pace above that of each individual rider, natural rhythm eventually takes over. Eventually his natural pace took over and I lost him – as he disappeared over the brow of a hill half a mile ahead of me.

He is definitely stronger than me this season. It’s slightly irritating that he can just grind it out at a pace that I just can’t, but he has put the wheel hours in, so he’s just reaping that which he has sown.

Don’t get me wrong. I was only 8 minutes outside a gold time. That’s not bad. But everything is relative. I could have done better if I had done more training this year. I am feeling the lack of a commute quite keenly. I’ve not raced up Muswell Hill or Swaynes Lane once this year. The weather has not helped, but 6 hours a week not on my wheels is a big loss. The gym is good, but it’s too easy to miss a session. It’s just too easy to succumb to the warm bed and make the wrong FBC.

The simple truth is, if I am going to have any chance of crossing the finish line at the Dragon Ride, then all the FBC’s have to go one way. The right way. The hard way.